All our wineries have a special story. Mathew has either had the pleasure of farming the vineyards, consulted to the farmer or is a personal friend. This gives us the ability to choose wines that we know, love and can recommend from our hearts. 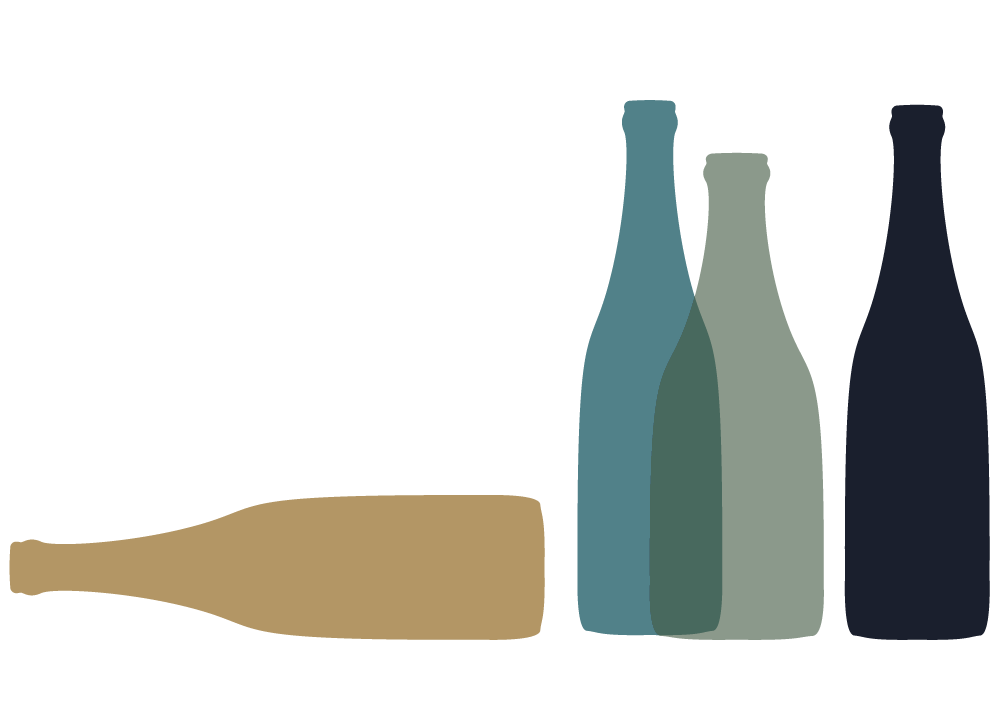 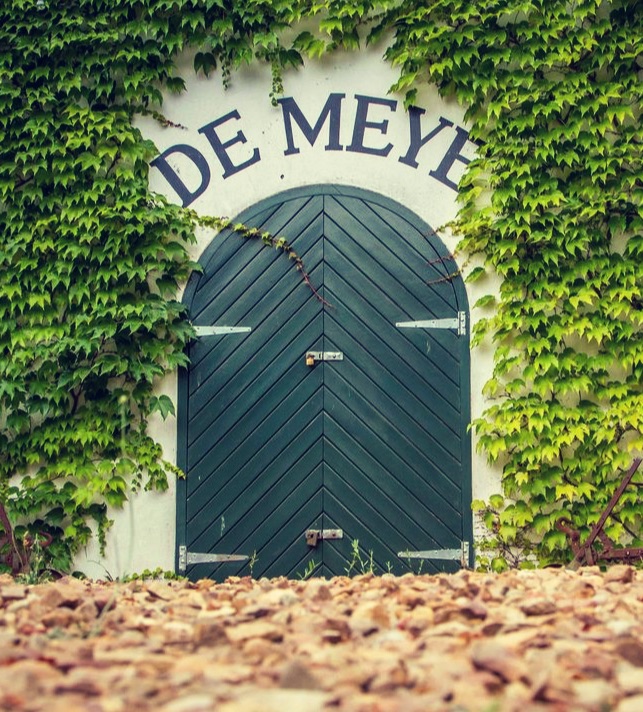 This special little spot of earth has been home- and farming ground to the Myburgh family for five generations, with the estate being named after the De Meye river in Holland, the birthplace of the first Myburgh, who came to farm in South Africa in 1665. We are proud that despite current industry trends, we have remained a privately-owned estate, keeping up the original spirit, and staying true to authentic and sustainable wine making and business practices.

At De Meye, you won’t find much fuss, nor glitter. We leave the wine industrie’s sparkling image to what it is – an image alone. We believe that elegance lies in simplicity, and beauty in realness. We aim to make great wine and fantastic food, as naturally as possible. We love to connect people, to unwind and recharge mind and body. We are in the business of wine and hospitality, as much as we are in the business of keeping it real, since 1665.
​

Set in the heart of the famous Stellenbosch winemaking terroir, Marklew Family Wines are handcrafted in limited, high quality batches in our boutique gravitational cellar.

In 2001, Dudley and Lyn retired down to Hermanus and their children took over the running of the farm. Bill, who graduated from University of Stellenbosch with honours in Finance and Economics overseeing viticulture and finance and Haidee fulfilling her childhood dream to make and market the wine on the farm.

In 2002 the 180 year old cellar was renovated to press approximately 70 tons of red wine. The grapes are handpicked from selected rows in selected vineyards. In a unique concept, to make the flow of juice completely gravitational, the grapes are hoisted on the flat roof of the cellar and, after again being hand sorted, the bunches are gently destalked and lightly bruised whole berries slide into the specially lined concrete fermentation tanks where fermentation takes place within the berries to give maximum colour and integrated tannin and flavour from the skin contact. The must is regularly plunged down through the cap of berries and skins to achieve yet greater flavour, complexity and strength while it ferments dry for 10 – 14 days. This is an ancient and gentle wine making technique and at no time are the juices agitated or stressed by pumping over for extraction. All the wine techniques are the gentlest and most sympathetic possible. The juices are gravity fed into concrete holding tanks below the fermenters and the skins are given a light pressing. The wine is then stored in a special selection of French and American 300 liter oak barrels where the secondary or malolatic fermentation will take place. The wine will remain in the wood for about 12 – 22 months after which it will be bottled under the family name – MARKLEW 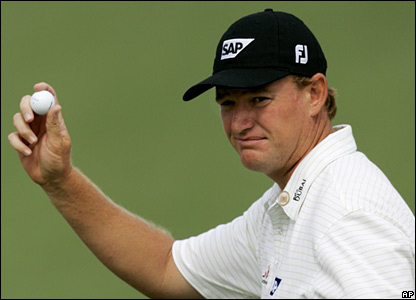 Its easy to see why they call him the Big Easy. There are two reasons. Firstly he is a big guy with a very easy going personality. One of the nice guys. Secondly because of his biiiig and Easy golf stroke. Man can he hit a ball far. Ernie has many golfing accolades. He has won four majors including the 2012 British Open championship, topped the world golf rankings – toppled by the upcoming Tiger Woods, and topped the European money list untill 2011 AND been in the top 10 world ranking for a record 788 weeks.

In 2009 I was privileged to be asked to lead Ernies Vineyard team in a drive to renew and redefine his viticultural practices. It is a property I know very well. Way before the cellar was built I used to farm the beautiful estate, Uva Mira which is above  Ernie els wines on the steep slopes of the Helderberg mountain. I had a Yamaha XT500 offroad bike and used to cross the property every day a few times between my office and the new Uva Mira up the mountain. So it felt like coming home. I had watched all the vineyards been planted originally and was now replanting, re planning and regenerating them for Ernie. Louis Strydom, the very successful winemaker taught me a lot in the cellar and being part of such a professional business was a great step in my personal development.
The wines are world class and have already racked up quite a reputation. But in those beautiful soils its not so difficult (Right Louis?). On your next trip to South Africa visit the cellar. The building is very impressive, the view is breath taking, the service is world class and the wines – well you can try them here at Mats Vineyard. I know you will be back for more. 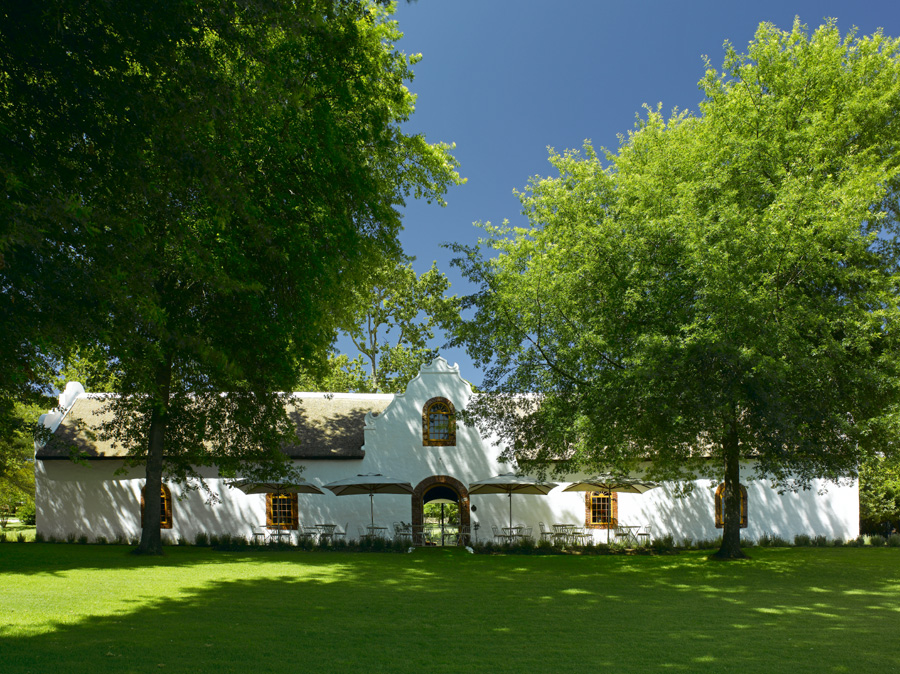 My Last 2 years in South Africa , before moving to Denmark, were spent running the gorgeous Rust en Vrede Estate. It means Rest and Peace – not rust and anger as translated in Danish. The farm is 316 years old. Not bad for a “New World” wine region. The soils are perfect for growing red wine. A winemakers dream. Jean Engelbrecht, the dynamic and larger than life proprieter surrounds himself with top people. Winemaker Coenie Snyman is a perfectionist and puts so much love and passion into his wine and his ethos filters down to the rest of the team. Its is a beautiful piece of wine growing soil, the gardens are so well tended and the feeling of tranquility and perfection fit the wines perfectly. My favorite wine comes from these soils – the Rust en Vrede Shiraz leaves me breathless with every mouthful. Even the Danish queen could not resist the allure, having an official lunch with Jean and his family in 1996.

2012, Veritas awards for the following:

2010, Chef David Higgs took the restaurant to a trilogy of awards – Restaurant, chef and Service award – of the year.

2009, Winemaker Coenie Snyman won the winemaker of the year award for his 2007 Cabernet Sauvignon.

2000, Rust en Vrede became the first South African winery to be named in the prestigious, “Top 100 Wines of the World” by US wine magazine; Wine Spectator. This was followed up in 2001, 2002 and 2003 where the estate again made appearances on the esteemed list, making it four years in succession that this milestone was achieved.

1998, The 1998 Rust en Vrede Estate Wine was named the best blended red wine at the World Wine Championships in the United States.

1996, Rust en Vrede hosted the Queen of Denmark at an official lunch in the manor house on the estate.

Yes they are quite pricey wines, but if you can afford it, I would seriously recommend any of the Rust en Vrede wines. 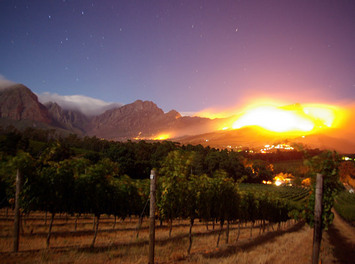 In my early days as a viticulturist I used to ride my motor bike to the estate and stare at the beautiful vineyards through the gate. It always seemed to be closed – with a sold out sign hanging from the gate. Thelema had a cult following and a reputation as leaders in wine farming business. They never advertised or entered competition, and yet they were in the top 3 wineries in the country every year, along with the prestigious Kanonkop and Vergelegen estates.

I had the huge privelage of running the vineyards at Thelema for eight beautiful years. I planted over 60% of the current vineyards and had a hand in some memorable vintages, mountain fires, celebrations and the infamous parties at my house that will go down in history. How I didnt get fired after a few of them amazes me.

It is where I really leaned about wine growing. I had the best local and international mentors available and the owner Gyles Webb would spare nothing to get the best results in the vineyards.

If ever you are in South Africa you have to go and see this amazing property high up the slopes of the Simonsberg, that looks all the way over to Cape Town. The vineyards are pristine and the scenery is unmatched. 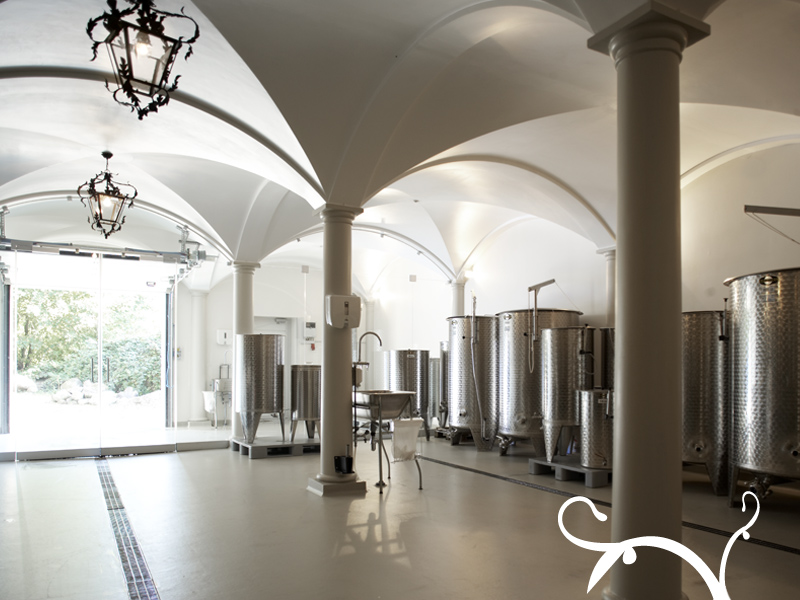 Søren Hartvig Jensen of Kelleris vingaard is the first Danish wine farmer that I met. Friends of Lonnies live nearby and insisted I had to come see this beautiful vineyard. I was skeptical but after sneaking a peak and meeting Søren and his wife Susanne in 2009 I have changed my mind. I currently consult to Søren in the vineyards and I can tell you that he and Susanne put so much effort and spare no costs in creating the best possible environment to give the vines the best opportunity to produce quality grapes. This philosophy was rewarded when in 2007 the 2006 Utopia Rex won the award for the best Danish red wine at the Danish wine show.  These wines are expensive by most standards, but you have to understand that the Danish climate makes it so difficult to produce grapes consistently and cost effectively, so the Danish wine farmer has no choice but to charge what he does.

Mats Vineyard is very proud to offer two wines from Kelleris vingaard. The 2006 award winning Utopia Rex and the 2006 Utopia, both made from the grape variety Rondo. It is the first time that I work with these grapes so I look forward to learning a lot and hopefully teaching Søren a little.  These wines are interesting and definitely worth a try. I have surprised a few South African winemakers with them. 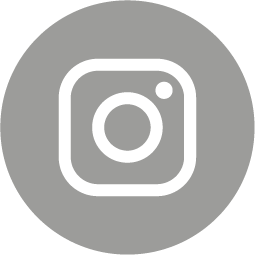 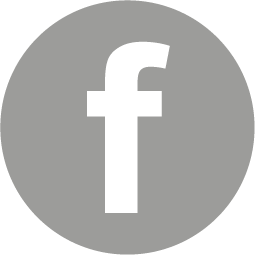